Get To Know Our Bacon 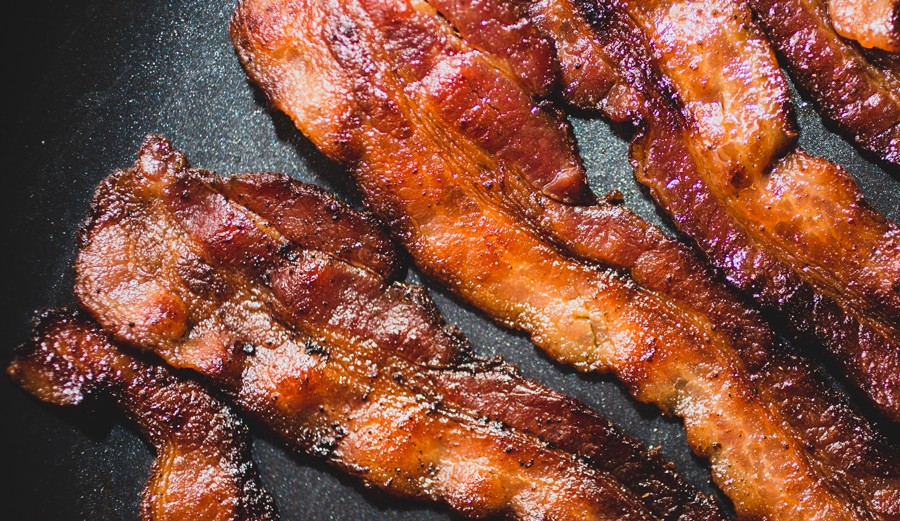 Bacon made with pastured heritage pork by any other name might smell as sweet, but it doesn’t taste as good. That’s why we source some of the best from Buckner Family Farm in Longmont as well as River Bear American Meats.

While River Bear is easy to spot, if you’ve ever bought the other bacon from us you may have noticed it comes packaged by Krehbiels, not Buckner. We know at least one customer read the label, and we’re happy to clear the air on how we source, treat and send our bacon out.

“We are blessed to have customers that actually care,” says founder Craig Taber, who immediately responded to the inquiry. “We pride ourselves in being transparent.”

The simple reason Buckner’s pork belly comes in Krehbiels wrapping is because it’s processed there. Located in Kansas near our main pastured poultry supplier, Krehbiels is a family run meat company that’s been around since 1978. While the business does have products from its own farm, it also processes meat for other people, Locavore Delivery included. We already have been getting the chickens from Jhawk Farm broken down there, and it was during one of these transactions that Craig sampled the uncured bacon.

He thought it was delicious, and a good starting point for our own bacon program. So, he approached one of the owners and asked if he could bring in some fresh pasture pork bellies from Buckner Family Farm for them to process, using Krehbiels own bacon recipe. Everyone agreed. Now, when Craig goes to pick up chicken each month he also drops off fresh pork bellies and picks up the previously processed Locavore Delivery bacon.

“Because we process so little of our own bacon, in order for us to get our own label we have to go through this lengthy and expensive process with the FDA,” adds Craig. “We have never done it because I have never produced enough bacon.”

While we are pretty sure our customers would order more pasture bacon if given the chance, the truth is there just isn’t that much of it. Locavore Delivery believes in using the whole hog, and each pig we source only has about 16 to 18 pounds of bacon after it’s cured. This is one of the hard things about being dedicated to whole foods, but the upside is the meat we do get is phenomenal.

This is also another reason we started to carry River Bear bacon, to meet your meaty demands and to offer our customers the best bacon we can find that’s made here in Denver buy charcuterie master Justin Brunson. Growing up in an Iowan farming family, Brunson learned the importance of carefully sourced ingredients and has taken his knowledge of the farming and agriculture industries into his butcher program. Not only do we believe it’s sourced well, but it tastes so darn good, you may wish you bought two pounds.

Quantity is one reason we also carry uncured Tender Belly bacon. Tender Belly is a Colorado-based company that sources heritage pigs that live a crate-free, antibiotic-free and vegetarian life. While the pigs aren’t pasture-raised like they are at Buckner Family Farm, it’s some of the best local bacon we have found outside of the pasture-raised category. And, it’s a consistent product we can offer our customers so you can have a brunch party any time you feel like it.