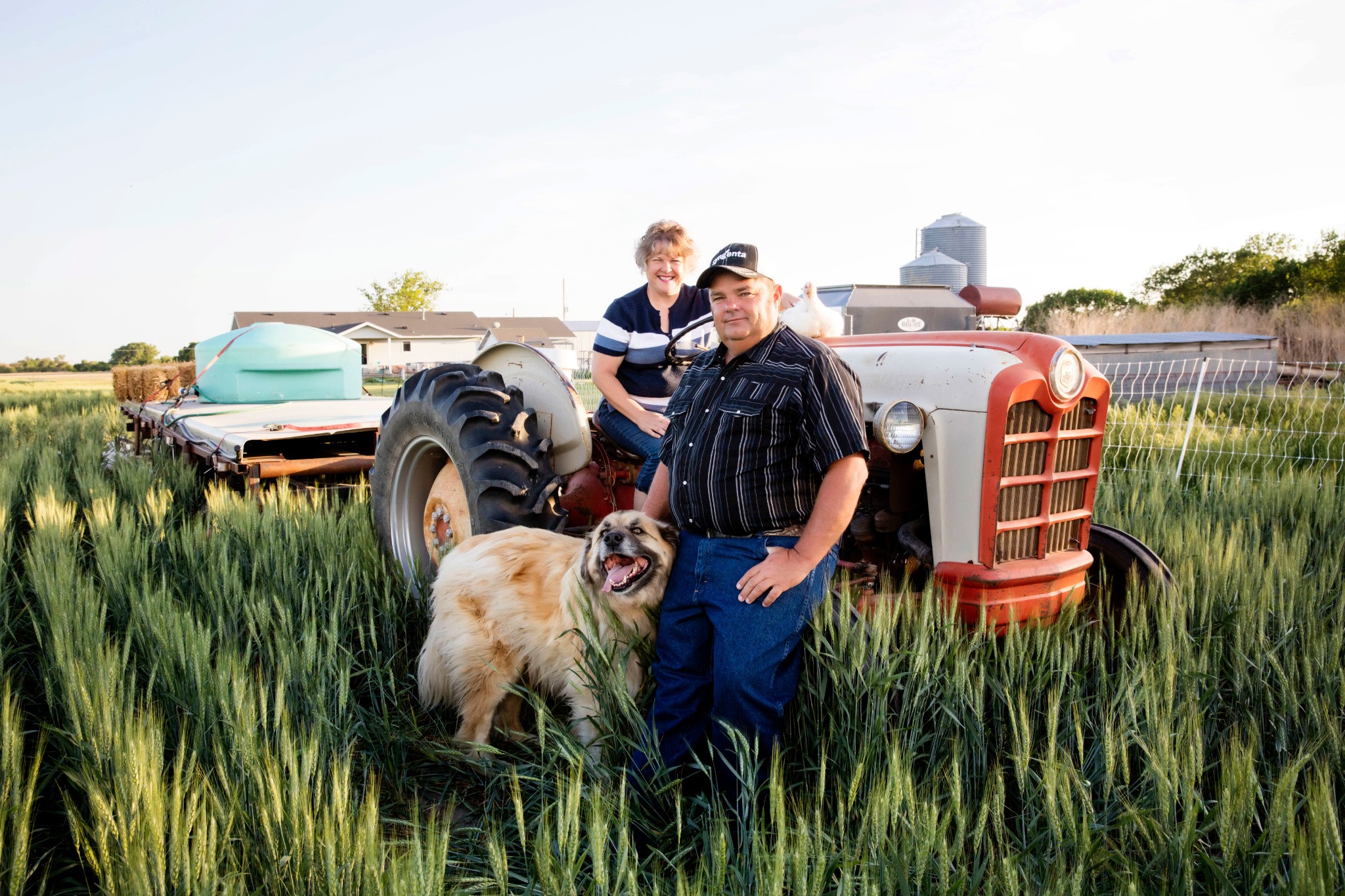 Eating good chicken changed Garoleen Wilson’s life, literally. She would get pasture-raised birds from a farm in Nebraska, and once she and her family started eating chicken this way, Garoleen knew she couldn’t go back.

“They were so delicious, we could hardly buy chicken from the store again,” says Garoleen, who provides Locavore Delivery with the pasture-raised birds we deliver to our customers.

That was the first driving force behind Garoleen’s decision to keep chickens this way. The other event in her life that changed how she thought about meat was surviving uterine cancer. It was a turning point, she says, that led her to believe, “Cancer and many other diseases are based on an unhealthy lifestyle, which is chock-full of over-processed food and chemicals in our food and homes.”

Hence, she started JHawk Farm in Smith County, Kansas, about six hours from Denver. Garoleen and her husband Joe both grew up on a farm in the area and still live the farm life with hundreds of acres of land that they own and lease. The pair were high school sweethearts and got married in 1982, had two daughters and now have three grandchildren. Animals were always a part of life, from dogs to pigs to cows and of course, chickens.

Garoleen, who had kept laying hens since she was married, found that raising and dealing with her flock of meat birds proved a whole different experience. When she first decided to give chicken farming a try in 2016 she started with 25 Cornish Cross birds in her family’s backyard. The following year she housed 100, then 300, this year she plans on processing 3,000 birds, and in 2021 the goal is 7,000.

Not that these are all raised at once. The chicken season is from April until October, and Garoleen works with them in batches. All the chickens are pasture-raised and spend their lives hunting for bugs, eating tender grass, having dust baths and doing other common things chickens do. It’s not, she says, the normal way people approach agriculture in her area.

“Some people say these kinds of birds can’t survive and they are just fat and lazy, but they really aren’t if they are raised outside and can be more active, which also changes the nutritional value of the meat and gives it higher levels of protein and collagen and omega-3 fatty acids,” says Garoleen. “Another benefit of pasture poultry, it’s not just healthier for the birds, which it is since they don’t live in their manure and they get fresh greens and bugs, but it also fertilizes the soil.”

The flock is kept in large prairie schooners, which is a type of covered wagon the chickens sleep in, that Garoleen moves each day to fresh pasture on the couple’s 250-acres. They roam the sectioned-off areas free and spend the eight weeks of their lives eating organic, good-quality grasses, bugs, high-quality feed and grains, most of which comes from the non-GMO corn and crops growing on her family’s land. Just as the fresh foods she cultivates don’t get pumped full of chemicals, neither do the chickens.

To protect the flock Garoleen enlists the cutest muscle she knows, Minnie and Auggie, her two Anatolian Shepherd and Great Pyrenees mixed breed dogs. Soon, she says, Jane, a purebred Anatolian Shepherd will join the mix so the 12-year-old Auggie can retire as a guardian.

When she started the business the birds were mostly sold to family and friends and within the small community Garoleen lives in. But then she met Craig, Locavore Delivery’s founder, at a meet-the-producers event for a local coop. Craig was there buying bison for the company from another rancher and he ended up chatting with Garoleen. The two kept in contact over the next few months.

It was about then that Garoleen met with a bit of trouble, chicken trouble.

“I had gotten stuck with a lot of chickens,” says Garoleen. “Someone had asked me to raise 300 chickens for a restaurant wholesale account and I said yes, but then they never got them.”

Lucky for Garoleen and our customers, Craig wanted them, plus 50 more. That was the start of a beautiful collaboration, and soon JHawk Farms became the main producer of chicken for Locavore.

“He bought all of my inventory and said he loved the quality and flavor of it, and then asked me if I would grow birds for him,” said Garoleen, who answered with a solid, “yes.”

It’s easy to see why these chickens have gone over so well, and why we continue to buy them for our customers. Not only does the meat taste great, but it’s GMO, chemical and cruelty free.

Even the end of their life is as painless as possible. Once the chickens are big enough for processing, Garoleen dons a headlamp and has them loaded into the transport truck at dusk in order to keep them calm. True, she says, getting them in the daylight would be easier, but their stress levels would soar. Once secure in the vehicle the chickens are taken to a USDA inspected processing plant and then get frozen after they’ve been culled and cleaned. Then the birds are transported under refrigeration to Locavore Delivery’s headquarters in Colorado where the meat stays frozen until it’s delivered to customers.

When Garoleen isn’t managing chickens, farming or hanging out with her grandbabies, she works with Joe at her family’s fiberglass manufacturing business. Aside from raising quality chickens, another one of her passion projects is having show dogs. Right now the Wilsons have three American Hairless Terriers, a relatively new breed that is like a Rat Terrier but without hair. Her baby is 4-year-old Zeta, and she also has Zeta’s daughter, 4-month-old Pink. Joe’s dog is Penny, who is Pink’s great, great grandmother. Both the older dogs are champions, and they plan on Pink following in her relative’s paw prints.

It’s a busy life indeed and we are glad Locavore gets to be a part of it. Look for Jhawk Farms’ chicken in our curated boxes and, based on availability, within our a la carte offerings, which can include whole chickens, quarter chickens, chicken bone broth kits and more. Taste why the care and dedication to pasture-raised chicken that Garoleen promotes matters, and we’re sure after one nibble you will want another bite.

Try some of Jhawk’s chicken by stopping by our Pastured Chicken section of the shop! 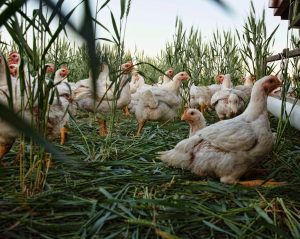