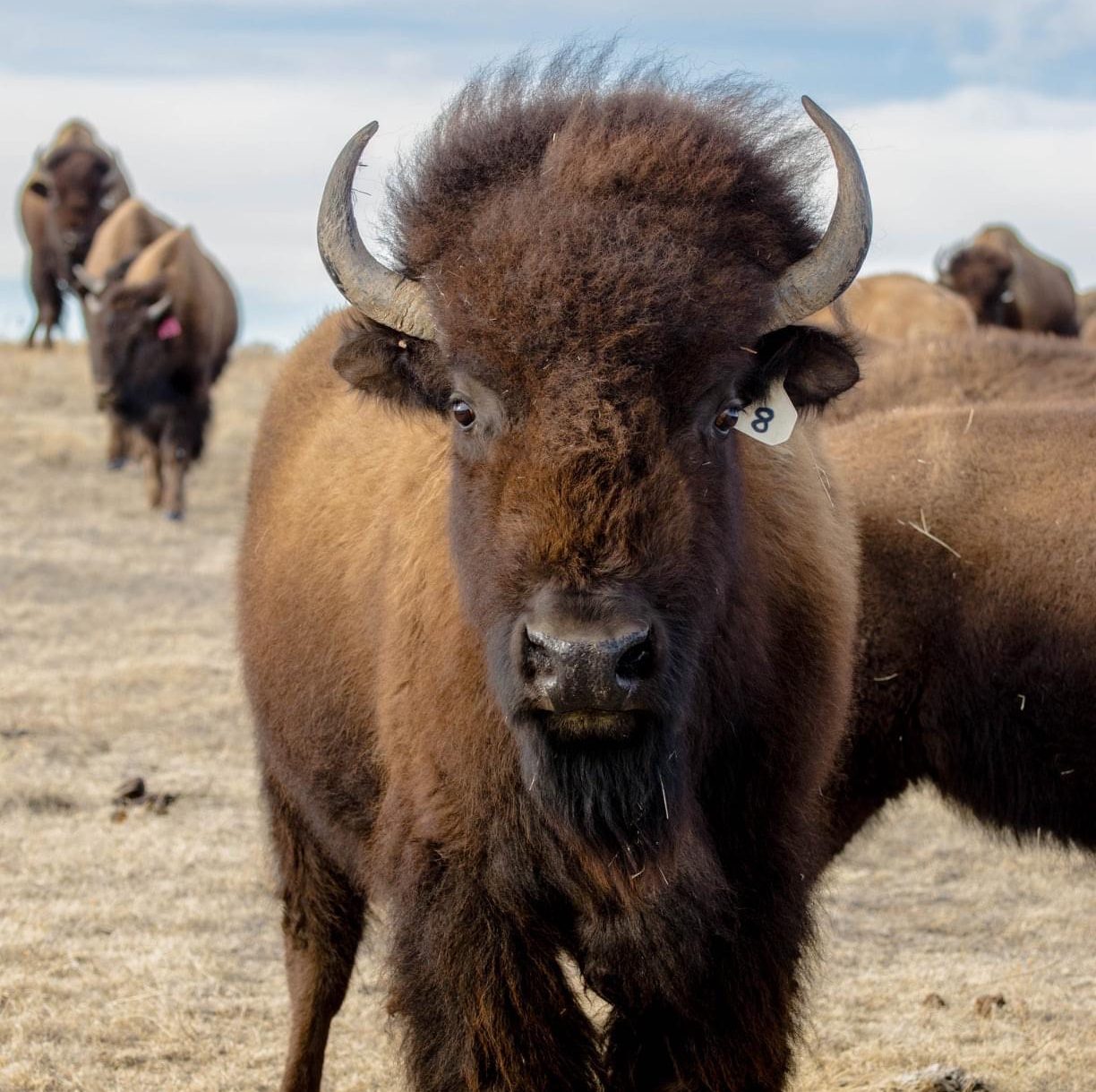 Moving a herd of bison isn’t easy, as Jill and Glen Klawonn know. They run High Point Bison, a 5,000-acre ranch on the border in Wyoming that raises all the buffalo meat Locavore Delivery sells.

“We really enjoy it,” says Jill, who practices pasture rotation with both the bison and cattle they keep. “Sure, it’s a lot of work and time and there’s always the up and downs and uncertainty, but being entrepreneurs, working outside and setting your own schedule, all those things we love.”

The dedication the Klawonns have for their animals shows, and can be tasted in the bison we source for our customers. Having bison that’s 100-percent grass fed is rare. When we first sought this meat almost everyone Craig spoke to finished the animals on grain, except for High Point Bison.

Raised in the stunning rolling prairie that is the Pawnee National Grassland, found in Colorado right where the state meets Nebraska and Wyoming, the herd feeds on fresh grasses during the warmer months and hay the family grows for them in the winter. Currently 150 bison roam the property, as well as 130 pairs of cattle. 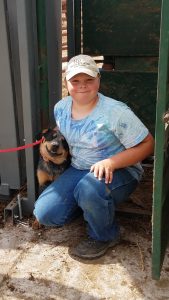 The farm has been in Glen’s family since 1924, when his grandparents bought it from the original homesteaders. Jill, who grew up around Fort Collins, also has a history of farm life and did 4-H as a kid and studied agriculture and business at the University of Wyoming in Laramie. It was in Wyoming where she met Glen, and the two fell in love and have been together for over 20 years.

When the couple started selling meat about 20 years ago the market was much different. “Then there wasn’t much interest in buying from farmers, it was easier to buy from Walmart,” says Jill. “But things started to change and people wanted better meat that was raised differently.”

One of the reasons the Klawonns got into grass-fed beef and bison raising was to help out people with severe corn allergies. “You realize some peoples’ corn allergies are so severe that just the animal eating corn can trigger issues,” she says. Also, it just tastes better and feels better mentally and physically when consuming.

The whole operation at High Point Bison is still family run. Their son Carl also has a hand in the farm too, helping Jill at the market and with customers, learning about how to run the service side of things; and also working with his father, keeping the equipment and land in good repair and the animals taken care of.

Each spring on the ranch the bison calf by themselves in the fields. The babies stay with the moms until they are naturally ready to go, with the mama kipping them off when the time is right. All year the bulls stay with the females, though breeding happens around late August.

To butcher the animals the Klawonns thin out the herd of non-breeding bison once a year. Half of those captured go right away to a USDA processing plant nearby in Colorado, and the other half live out the next six months together on a separate pasture until it’s their time.

When winter comes the bison will still be roaming, though they have plenty of cozy corrals to hunker down in if the wind, hail and snow get to be too much. “It gets nasty on the prairie and you must have a way to shelter your animals,” says Jill. “We put out rows of straw for them to lay on, think of a big fluffy down bed, it’s what the cow feels when she snuggles in there.” 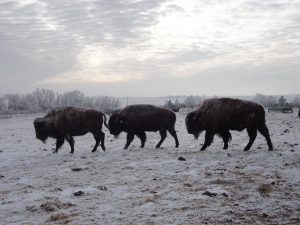 In the colder months the bison also grow a thicker coat to help them stay warm in the frigid weather. While the extra fur keeps the animals warm, it also helps Jill’s hobby come spring. When the weather warms up again the bisons’ hair sheds, making tumbleweeds of thick brown fur on the pastures. A lot of this hair Jill collects, cleans and weaves into yarn, which she knits into hats, scarves and gloves, and sells to locals and specialty shops under the name, Buffalo Gal Yarns. Some of the items she has created have even won prizes in the Laramie County Fair. 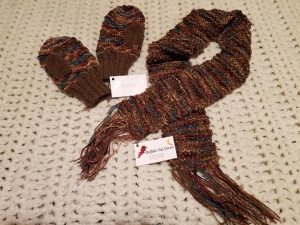 While we don’t have Jill’s cozy accessories for sale, give our buffalo bone broth kit, ground bison and steaks a try. A hearty piece of good meat can also keep you warm.

Keep in mind that overall bison, or buffalo, meat is a leaner than beef, but that doesn’t mean it’s not as tender and fulfilling. Make sure to not overcook the bison and while it’s on the grill take into account that, in general, buffalo meat has less fat woven into the muscle.

“Bison doesn’t have to be dry, if you have good grass and you take proper care of the animals you can get ground that’s not as lean and steaks with marbling in them,” says Jill. “You just have to find the right kind of good quality bison.”

With what we have eaten from High Point Bison, it’s clear that we have discovered the best around, and so can our customers.