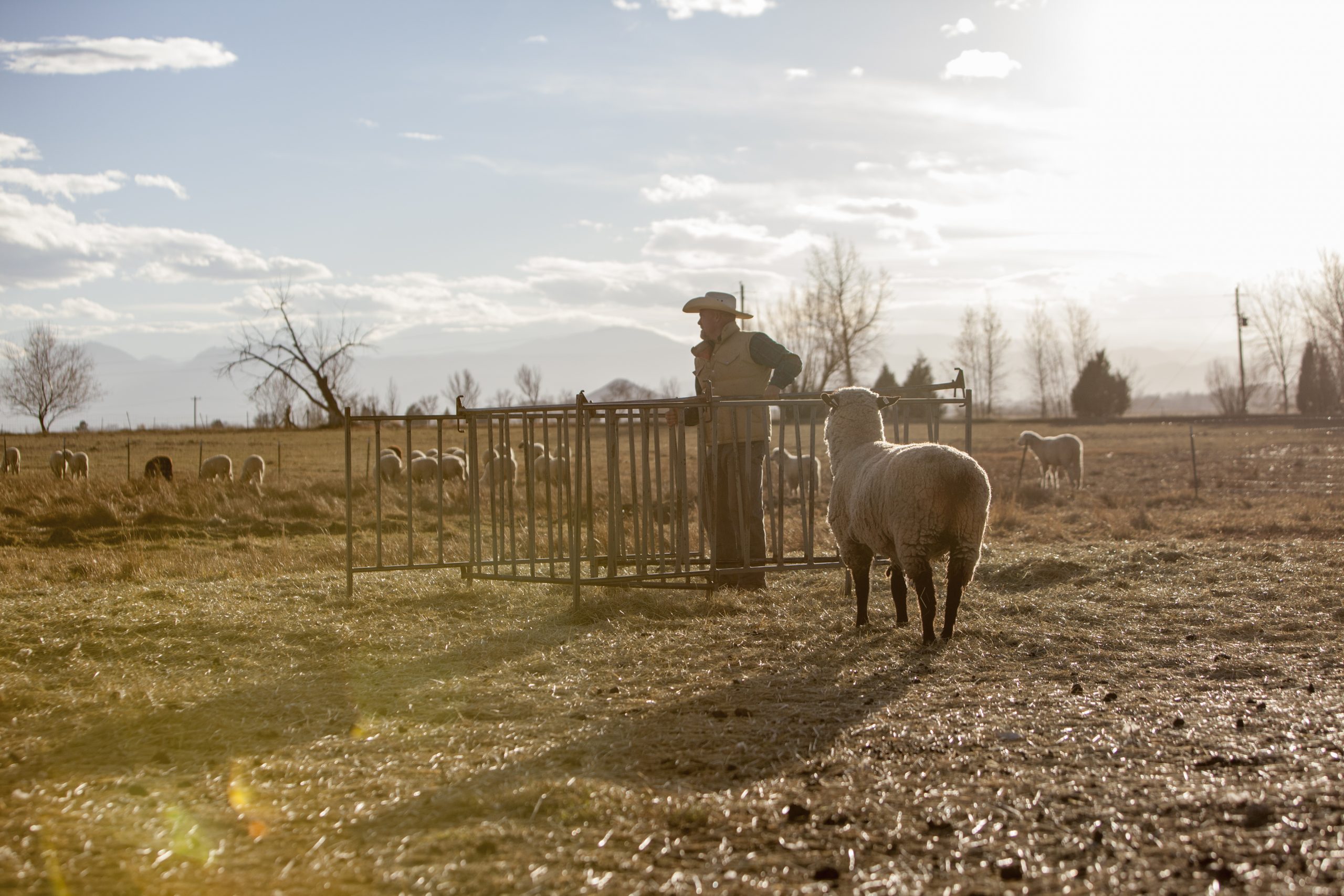 With so many buzz words surrounding food production, terms such as grass-fed, grass-finished, pasture-raised and free-range tend to blend together. But just because they seem similar, that doesn’t mean the descriptions are always understood, or properly attributed.

The meat we source from our farms basically encompass all these phrases, in the best way possible. We want customers understand just what it means to have a heritage breed pork chop, pastured chicken or true grass-fed ribeye steak. That way, when you compare our ranchers and products to those of other meat companies, the difference will be clear. 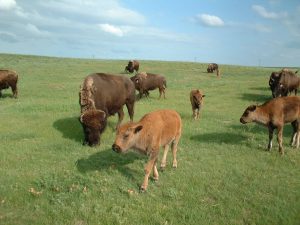 All the animals living at Locavore Delivery’s partners are pasture raised. This simply means the animals get a significant portion of their nutrition from grazing on open pasture. Mostly the food is grass, other plants and the random bug, though sometimes diet is supplemented with hay or, in the case of chickens, a special feed. The pastures are rotated so the animals get the most out of what’s growing, but also so the soil and plants can regenerate. This makes the soil richer with nutrients, which in turn gives the greens more nutrients that then transfer over to the animals. It’s a great way to raise livestock, one that’s healthier for the animals, land and humans who consume the meat.

That said, the term “pasture raised” doesn’t have a legal definition. The USDA’s Food Safety and Inspection Service (FSIS) won’t say what pasture raised, free range, pasture fed or cage free really means, it’s up to the purveyor to make the definition and tell their customers what they do. Many “pasture raised” animals don’t roam open fields of grass, they often are kept in a large enclosure with openings that allow access to an outdoor space. There’s no set size of this “pasture,” nor does anyone regulate it.

We at Locavore Delivery know exactly how each animal is raised, we have visited the ranches and farms the chickens, cows, sheep and bison live on. All of our ranchers adhere to actually raising animals on open grass lands, rotating the livestock to new pasture on a day-to-day or weekly basis and making sure the feed is natural, GMO and chemical free, and in the case of cattle, only grasses.

This term is one of the trickiest when it comes to beef and other grass-eating livestock, and a lot of misinformation has been floated around. According to the FSIS, grass fed meat must come from animals that forged on 100-percent grass, hay, haylage, silage and roughage. No grain allowed, period. These animals also should never be confined to a feedlot. That doesn’t mean 100-percent grass-fed cattle or sheep necessary were pasture raised, they can be fed on just grass and hay in outside pens.

We get our beef and lamb from Buckner Family Farm in Boulder County, where the shorthorn cattle graze naturally on the 850 acres of open prairies. The sheep too are grass fed, and are let out to pasture every day. The land is pesticide and chemical free too, which means these animals are only eating the best. In turn, our customers are too. 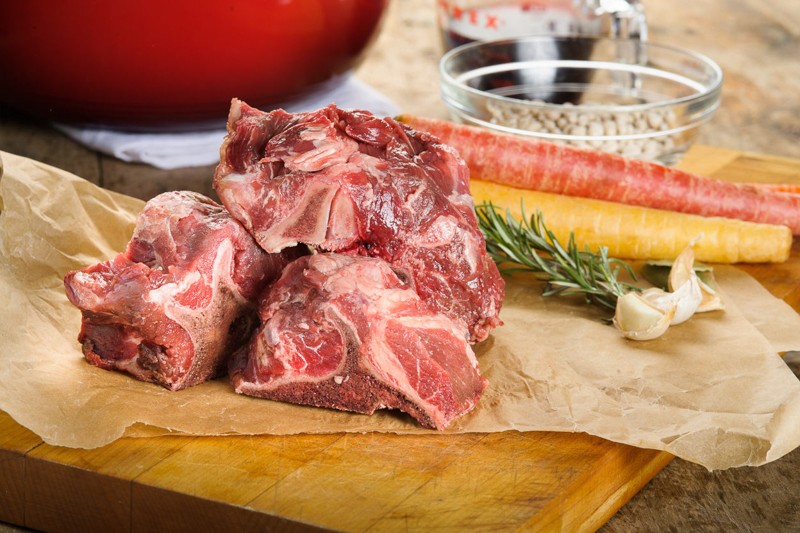 Many people ask if our meat is grass finished. The beef and lamb are since they are both 100-percent grass fed. However, just because a meat is “grass finished,” that doesn’t mean it was grass fed. Often livestock gets grain fed to plump up the flesh, and then finished on grass to give it the grass-fed label. The quality of your meat should be transparent, and if a package says grass finished but not 100-percent grass fed, then you know the animal was eating grains or other foods at some point in its life after it was weaned.

To start with, a pasture-raised bird, cow, sheep or bison is indeed free range. But this is where it’s good to know your rancher. According to the USDA, the definition of free range is giving the animal outdoor access, whether that’s a door to the outside world or small hole just big enough for their heads to pop through. It’s not true freedom to roam, forge and be animals. All the meat we source fit into the category of free range, but in the best way possible with real access to fresh air and pasture. For example, at JHawk Farm the chickens roam in a large, fenced off pasture that gets moved every day so they are never sitting in their own feces and have access to fresh greens daily. 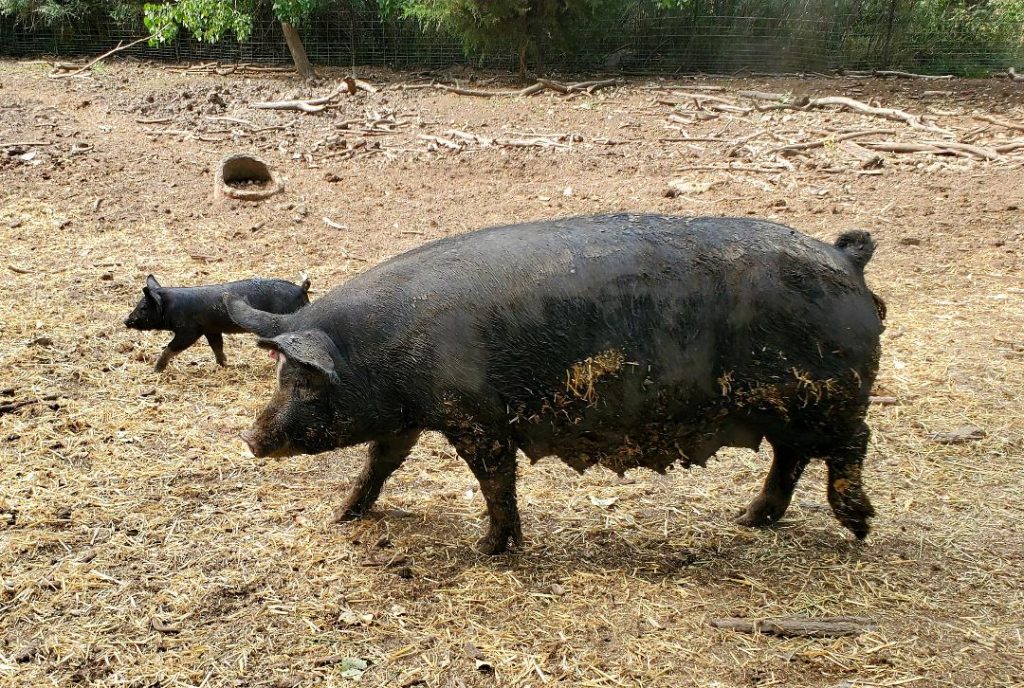 Heritage animals are the traditional livestock breeds that were raised long before industrial agriculture existed. In a sense they are purebreds, and many of the original pigs, cattle, chickens and sheep have been or still are on the edge of extinction. There has been a push to salvage these animals, especially the pigs, and many sustainable farm raise these breeds because not only does the taste of the meat trump factory-farmed pigs, but it’s fits in with more of a natural way to farm. At Buckner Family Farm they raise Hampshire, Berkshire and Yorkshire hogs and that’s the meat you’ll get when ordering pork shoulder, Italian sausage, chops and spare ribs. 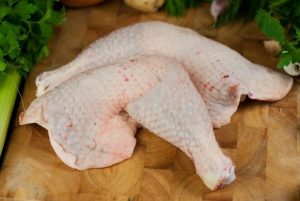 If you see a tag reading “Certified Humane Raised & Handled,” that means the rancher paid Humane Farm Animal Care to check their operation and give them the label. This isn’t a bad thing, but meat without that badge can also be humanely raised.

There’s also the USDA brand of humanely-raised animals, which doesn’t appear that humane in the end. Based on the Humane Slaughter Act, to get this certification all a rancher has to do is give the animals water, feed and handle the creatures in a way to help ease stress. The ranches and feedlots are rarely checked to make sure the rules are being upheld, and many of these creatures lack adequate outdoor access and suffer cruel euthanasia, overcrowding, and for birds, beak and wing trimming.

That kind of life doesn’t sound good, and it doesn’t taste good either. We believe if you’re going to eat meat the process of how it’s sourced should be transparent. We believe the animals should be treated in the best way possible. After all, what we all eat makes a difference, no matter the labels attributed to it.