Get To Know Different Cuts of Lamb 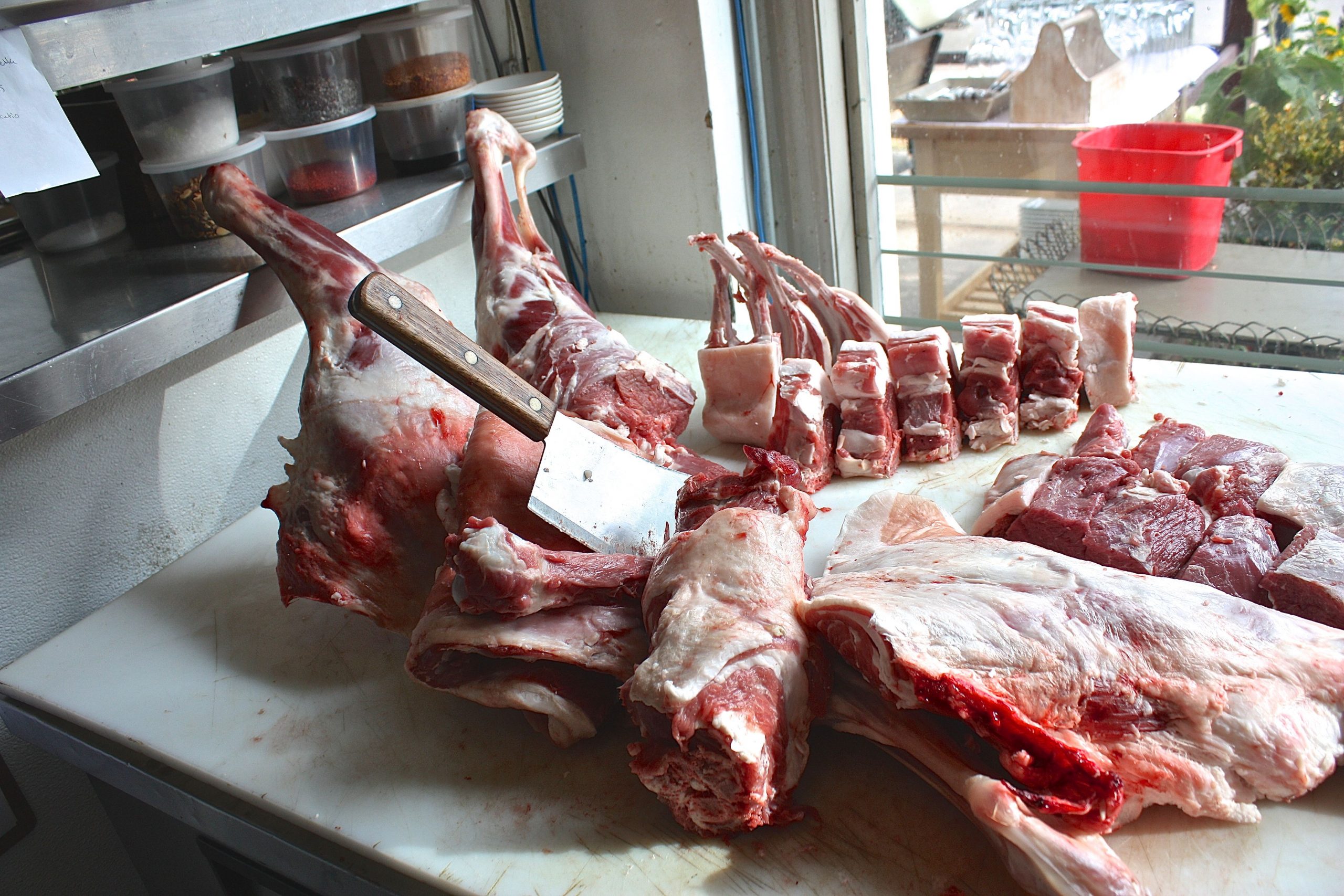 Lamb is a tasty red meat that unfortunately often gets tagged as gamey, however, if you’re sourcing grass-fed, pasteurized products this aspect isn’t an issue. In fact, good quality lamb has a unique flavor that’s rich and grassy and pairs so well with just about anything. It’s no wonder this meat has a place at just about every holiday feast, and cultures all over the world celebrate it in a variety of ways.

Colorado produces some of the best lamb in the world, and the excellent lamb we source for customers comes from Buckner Family Ranch in Longmont. There all the animals are pasture-raised and treated well, free to roam the fields and nibble on fresh grasses, hay and other things that are naturally growing around the farm.

When cooking this tender meat, keep in mind that it doesn’t need to be heated above 145-degrees in order to eat, in fact, because lamb is low in fat, it’s best if it’s not cooked too much. Keep reading to find out tidbits and tips for preparing every cut of lamb, and garner some inspiration to try something new the next time you’re ordering meat. 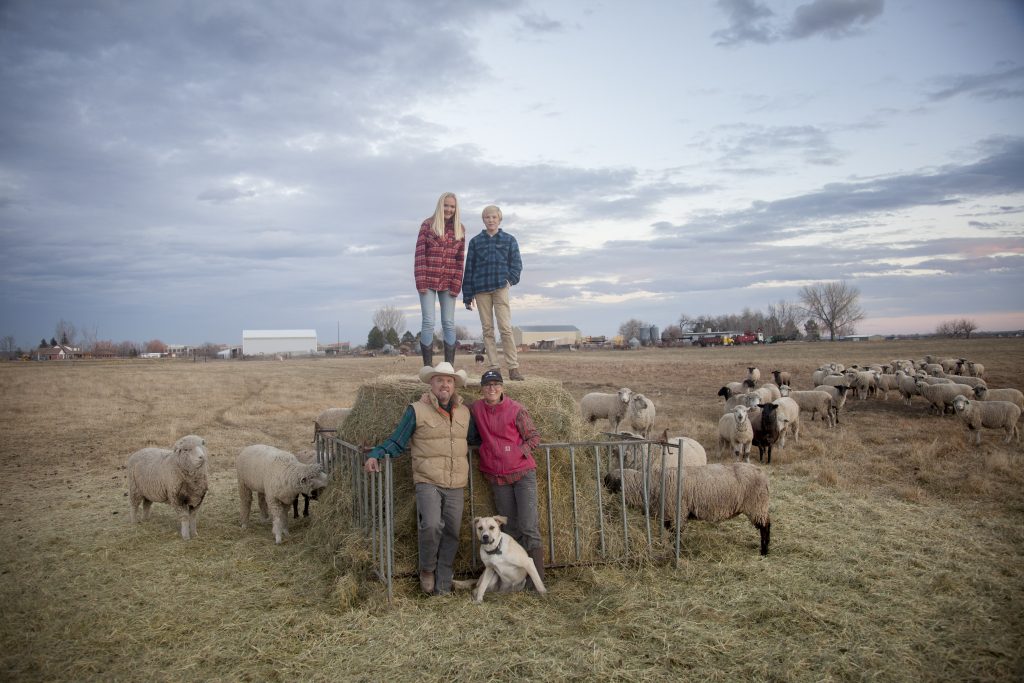 The Buckner family provides Locavore Delivery with the best lamb around the metro area.

Of all the cuts of lamb, the leg has the least amount of fat and may be the most versatile. Sourcing this five-to-eight pound piece isn’t too difficult either, it’s one of the most common available. In general you’ll find the leg either with the long bone removed, sometimes called BRT, or with it still intact. Either way is fine, depending on what you want. The latter works best for a more dramatic presentation, and keeping the marrow-rich bone in the meat adds a bit more flavor to the dish.

Boneless leg-of-lamb remains comparable in terms of taste, but can be much easier to work with. For starters, slicing this cut is done with ease, which makes for a sharper presentation during a dinner party since it can be portioned evenly for quick grabbing. It’s also a good piece to portion into chunks for stew or kebabs, butterflying and grilling as a giant steak, and creating boneless chops. Often boneless leg-of-lamb comes tied together, something one should keep intact when cooking as a whole so it doesn’t break apart. Buy Here

Not all lamb chops come from the same part of the animal, so it’s good to check on where the meat is coming from when buying chops. The loin chop is perhaps one of the most popular ways to eat lamb, and readily available from most meat purveyors. This cut is lean and tender and usually comes in four-ounce portions, making it the perfect dinner plate item.

Grilling, pan frying or broiling the chops are great ways to prepare the food after seasoning with a dry rub or marinating for half a day. You may notice the loin chops look like a mini T-bone steak, in essence they are and yes, you can cook them much the same as the beefy counterpart. Keep in mind that lamb is leaner than beef and should be cooked no more than medium, though medium-rare is ideal. Expect to bake at 450-degrees for approximately 14 minutes, or until the internal temperature reads between 120 and 130 Fahrenheit. For grilling set the temp to low-medium heat and cook each side about five minutes. 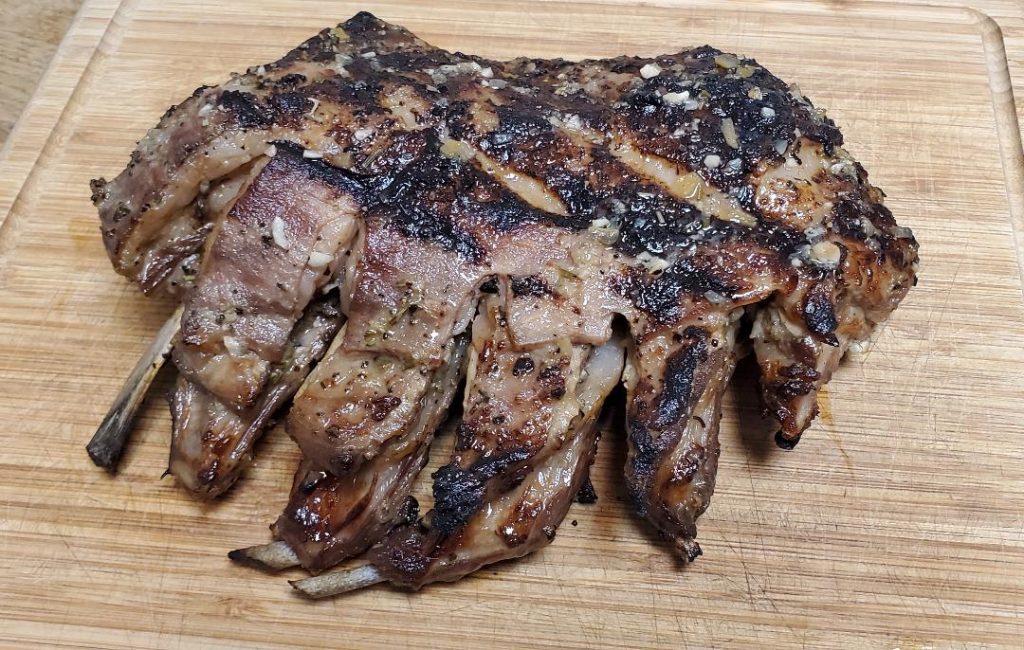 Slow-cooked lamb ribs that were seared on the grill.

Lamb ribs aren’t as well known as the beef and pork versions, but they shouldn’t be overlooked. Large and meaty, this cut has much to offer eaters, but also a lot of fat that can be cut off and/or rendered. Though the ribs technically comes from the same place as a rack of lamb, these are the long bones that extend further into the body, away from the meaty back area. Because of this, the meat on the ribs is less concentrated, but still plentiful.

Cook this cut like any other ribs, low and slow. We like them done in the InstaPot for about 45 minutes, and then finished off on the grill to get a tantalizing caramelized char. Before cooking, make sure to trim excess fat and connective tissue from the tops of the ribs. Yes, you can cook lamb ribs with this intact, but the meat will be easier to eat if it’s removed. Buy Here 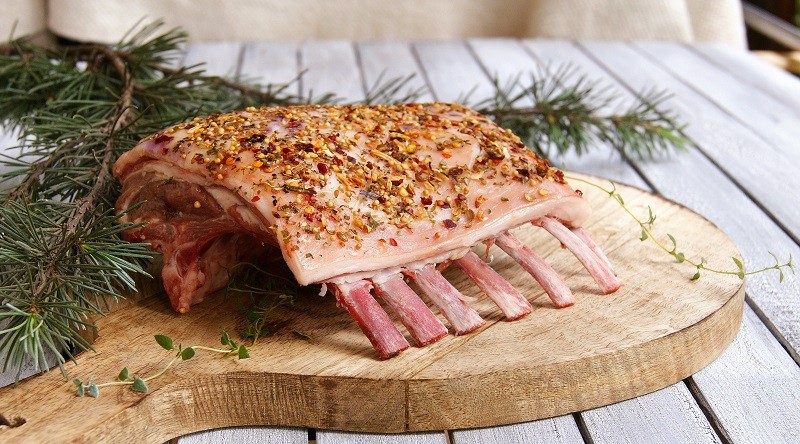 A rack of lamb has become synonymous with Easter, Valentine’s Day and other occasions when a meal needs to be celebratory and “fancy.” Each full rack comes from the rib area and has eight chops, weighing around two pounds. Often this cut gets roasted on high heat for around 25 minutes, though it can also be cooked on the grill for 15 to 20 minutes. Any sort of rub can go on the meat prior, though many chefs blend a mixture of olive oil, herbs and garlic into a paste to coat the meat with.

When sourcing a rack of lamb, there are three types of this cut, whole, Frenched rack and crown roast. The Frenched rack is what most people think of when they think of a rack of lamb, and it’s prepared by removing a few inches of meat and fat from the end of the bones. A crown roast is simply two Frenched racks that have been tied together to make a circle, or crown shape. Some chefs also will lollipop the rack, meaning it’s trimmed to the ball of meat at the end, making it look like a large lollipop, which makes it a hearty finger food that’s popular to serve as an appetizer. Buy Here

Find the shank on the lower part of the back leg, closer to the hoof. This part of the lamb contains a lot of collagen, which melts into the meat to give it an umami-rich, velvety texture. Lamb shanks should be cooked low and slow to help tenderize the meat and release marrow from the bone. Try braising it with a dark beer as they do in the United Kingdom; stew with rosemary, garlic and red wine for a take on the classic osso buco recipe; or add ginger, cinnamon, anise and butternut squash to bring out the nuances in Moroccan tagine. Buy Here 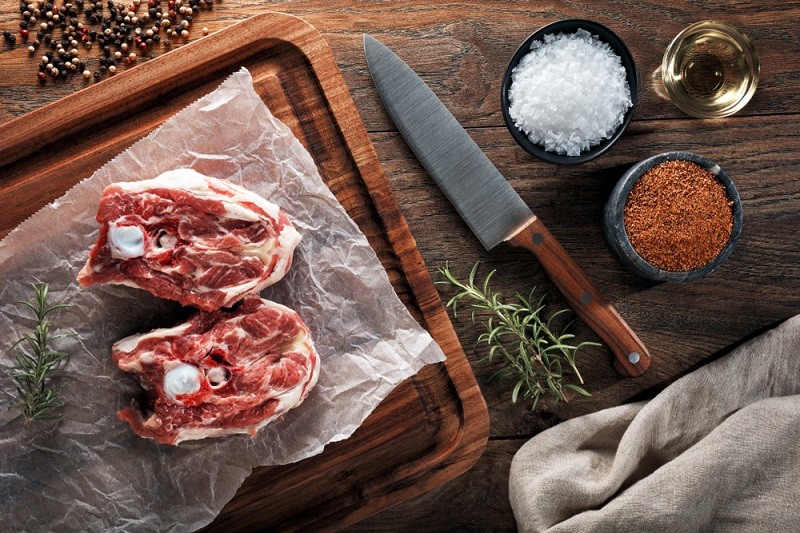 When it comes to cuts of lamb the neck isn’t as sought out as other parts, but it’s just as good. Cook this piece slowly on low heat to make a succulent stew or curry. Or, treat the neck like a steak and sear on high heat and serve rare or medium rare. In a way lamb neck is like oxtail, it doesn’t look like much until you cook it down in wine, stock or beer, and savor the collagen-rich broth and meat. Buy Here

Don’t be surprised if you see shoulder chops the next time you’re shopping for lamb, chops can come from many parts of the body. This cut is also called the blade and/or arm chop, and tends to require a shorter cooking time. You can also find the shoulder as a whole, which can be prepared in the low-and-slow method. Many eaters find the shoulder to have the most flavor, especially when it’s stewed or slow roasted. Keep the meat on the bone to maximize the taste, and it should pull apart easily with a fork once cooked. Buy Here