It’s Time to Make Your Own Bone Broth, Here’s Why 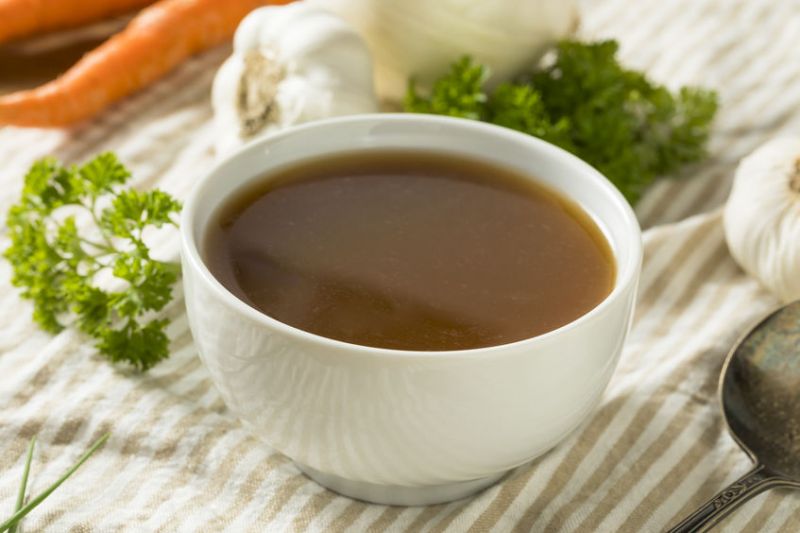 Let’s get to the marrow of the subject right away, making your own bone broth is easy, cheaper and you have complete control over what goes into the liquid. After all, would you rather be pouring a pale substance out of a carton from who-knows-where or, sipping on something out of a jar that you know was made with real grass-fed beef bones, water, and nothing else?

Think about it, does spending $8 to $10 a cup for quality bone broth work for your budget? Or would you rather be shelling out closer to $2 or $3 for the stuff? That’s why it’s time to ring the bell and let everyone know that Locavore Delivery has all you need to make really good bone broth out of the best local meat products, and for cheaper than you can find in the store.

Why Bone Broth Is Good

When you make your own bone broth using products from pasture-raised chickens, lamb, cows or bison you’re not only getting a tasty snack, but something healthy too. In fact, bones are one of the best sources of several nutrients, including iron, calcium, Vitamin D, Vitamin C and thiamin. It’s also full of collagen, a protein that helps build the connective tissues that make up several body parts, including tendons, ligaments, skin and muscles. Humans do make their own collagen, but as we age the amount of it lessens and the quality becomes poor. Nutrition aside, bone broth can fill you up and give you energy even if you’re feeling under the weather, which is one reason broths have been used at the sick bed for centuries.

What Can You Do With Bone Broth

For some, drinking a steaming cup of bone broth in the morning is as uplifting as the first cup of coffee, and decidedly healthier too. We like to have some for a mid-morning snack to help re-energize and hold us over until lunch. You can also cook with bone broth and make soups, stews, and use in sauces, anywhere stock is required. Because of the collagen, these bone broths lend a velvety texture to most dishes. Don’t be surprised if leftover stock or soup has a layer of fat on top when it gets cold. This is the good stuff, just reheat and mix it right in.

Breaking Down the Cost

For a while, before I started writing for Locavore Delivery, I would get my bone broth from a local butcher. It was good, simply made with grass-fed beef bones and a splash of apple cider vinegar. The problem was, at $15 for a quart, I was spending a lot of my healthy snack. At another spot, this time a whole-food restaurant, a simple pint of bone broth was $9. True, you can find “bone broth” cheaper in the grocery store, but those products rarely have the pedigree of ingredients inside, and if it does it costs just as much as the artisan stuff.

That’s where our bone broth kits come in. The beef option comes with around six to seven pounds of marrow bones for $39. Cook these in water and six hours later you have a serving of bone broth for around $4 a pint. For chicken fans, we often have a kit for $30 (though it tends to sell out since our poultry haul is seasonal), which makes a stock so good you will never have chicken noodle soup any other way. Again, this breaks down to under $5 per pint, and it’s all from pasture-raised birds. There’s also a bison bone broth kit that has five pounds for $30, which you probably won’t find anywhere else. These animals are all raised on a pasture and completely grass-fed. It makes a rich broth that will both warm and fills you up, all for about $3 a pint.

Difference Between Bone Broth and Stock

Guess what, these two items are basically the same thing. Traditionally broth is the filtered, lighter liquid that comes from simmering meat with vegetables for hours and hours. Broth often gets used to make soups, such as the sick food classic, chicken noodle. Stock is the thicker, collagen-heavy stuff that provides a good base for stews and sauces. This slow-cooked food relies heavily on marrow-rich bones and the fatty connective tissues found around joints and in the feet.

So how did we end up calling this stock “bone broth?” The name first became a buzzword about five years ago and the misnomer stuck. Yet, that doesn’t mean when you pick up a carton of bone broth in the grocery store it’s full of those helpful collagens and hearty richness we associate with this food. You’re more likely to get the really good stuff from a restaurant or place that peddles whole foods. Not knowing what the store-bought brands really contain or how it gets made is yet another reason to create your own.

Chicken bone broth gets made from an array of chicken parts, usually the necks, backs, and feet of the bird. These bones have a lot of potassium, magnesium and phosphorus, something beef bones lack. That’s one benefit to drinking the poultry bone broth. Beef or bison broth on the other hand is darker and tends to have a more robust flavor. It’s just as healthy as chicken bone broth, even without the extra boost of nutrients.

How To Make Bone Broth

The simplest way to make a batch of bone broth is to get one of our kits. But if we are sold out or you happen to have a cache of marrow-rich bones lying around, you will need five to six pounds to get started. Next, pull out a 10-quart slow cooker or up to 20-quart stockpot. The slow cooker makes the process super easy since you don’t have to stir or watch the pot, but a normal stove is fine too.

Dump your bones in the pot, they can be frozen or defrosted. Then fill the vessel up with water so the bones are completely covered. The water level can go almost to the top of the slow cooker, and about six inches from the top of a stockpot. Just remember, the more water added the more stock you get, and the less rich it will be. Cook in the slow cooker on low for six to ten hours with the lid on; or simmer on the stove using medium-low heat for six hours with the top on, stirring occasionally.

You can add vegetable scraps to the mix if you want, but it’s not necessary. Salt too can be skipped, but we do recommend throwing a tablespoon of apple cider vinegar into the pot to help release the collagen and nutrients from the bones. The broth isn’t meant to be overly salty or flavorful, it should mildly taste like the meat with a rich mouthful thanks to the collagen. Once the bone broth is made, strain the liquid from the bones and store it in jars in the refrigerator, freezer-safe containers, or use it right away to make a soup or stew. 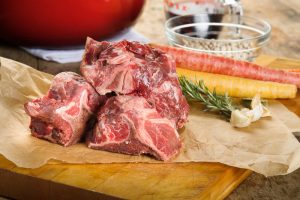