Winter on a pastured poultry farm. 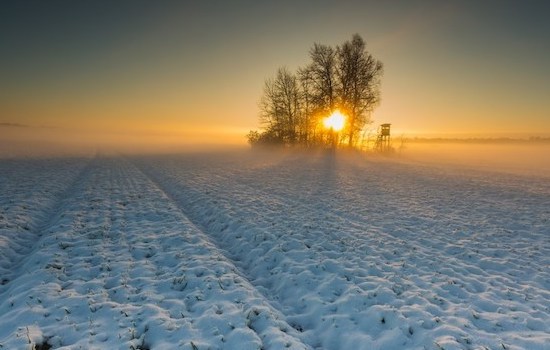 Pasture-raised poultry is a seasonal operation, so what does Garoleen Wilson of JHawk Farm do in the winter when all her birds have left the property? Simple, she says, it’s time to raise puppies.

“I have a litter of puppies right now, so that’s going to be my winter project,” says Garoleen, who plans to have the baby American Hairless Terriers in their new homes by January. “We spend a lot of time teaching them and preparing them, and we practice something new everyday to help them be outgoing and happy dogs.”

When not raising chickens, ducks or turkeys, Garoleen spends a lot of time on her other animals, a duo of show dogs named Zeta and Pink. Pink is the mother of the litter, which Garoleen hopes will be show dogs just like their mama. 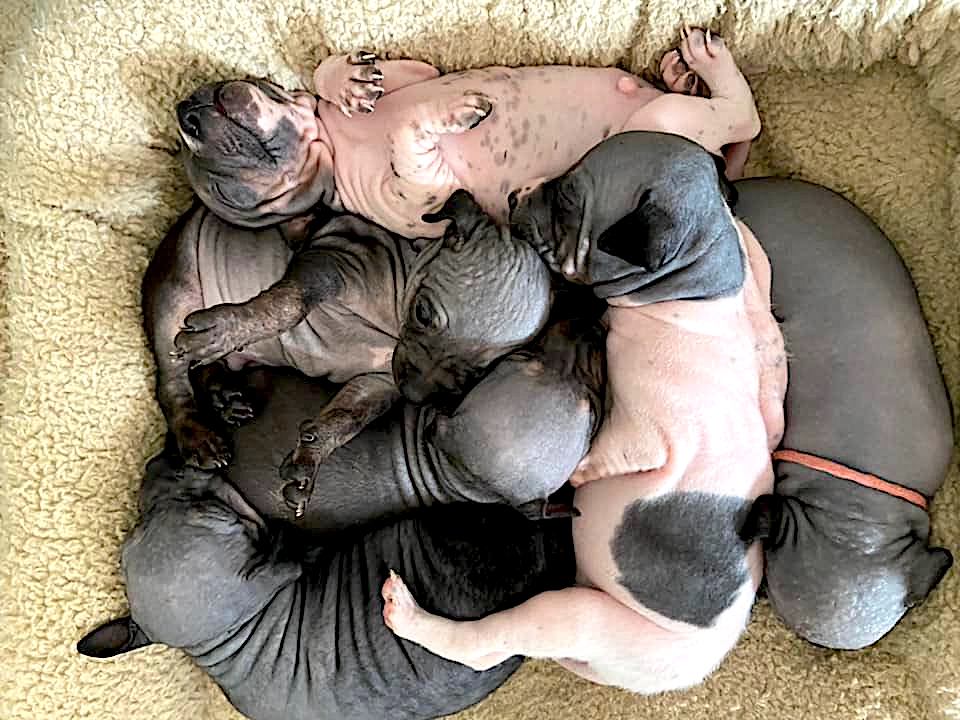 But winter isn’t just about dogs, After the last bunch of chickens and turkeys leave the pasture around October, Garoleen starts prepping the fields for next year’s flocks. To do this, cover crops of alfalfa are planted in the grazing fields along with some oats and turnips. The combination of plants gives the animals a variety of pottage to eat, and the turnips also work to break up the soil underneath, making for more fertile land. After that, repairs are made to the mobile shelters, all the water is drained and tarps are taken off and put away. Next, it’s time to plan for the spring.

“It takes a lot of planning, and I have all the dates on the calender so I know when chicks are coming in, when they will be ready to go to pasture, and then when to head to the processor,” says Garoleen. “I plan all my other activities around that, like vacations and dog shows.” 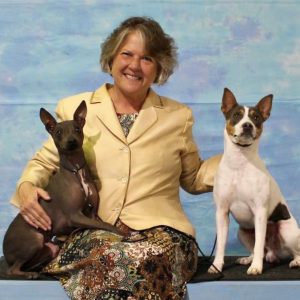 Garoleen starts with scheduling the whole year of chicks, poults and ducklings, and picking processing dates. In fact, she has to decide when to process the birds well before ordering the actual animals. This is where Craig Taber, owner of Locavore Delivery, comes in. He sits down with Garoleen and they talk about sale projections. By early February all the animals are ordered for the whole season, and each year Garoleen has upped her production as more of our customers are introduced to her delicious and humanly-raised birds.

Once Garoleen gets the poultry estimate from Craig she also orders the non-GMO corn seed. “We harvest corn in the fall for the next year, so we have plan enough to carry us through the year,” she says. It’s a lot too. One ton of feed is needed to raise 125 chickens. And, while the chickens forge on those aforementioned alfalfa sprouts, greens and bugs, they still need supplements, about 65 pounds per ton of feed. One of her favorite ingredients to add to the feed is roasted soy beans, because, says Garoleen, it’s healthier and imparts a better taste to the meat.

“With the challenges of shipping and the supply chain challenges right now, we have to plan to have the supplements on hand,” says Garoleen. “So between me and our feed mill, we make a yearly plan.”

Another wintertime event important to the health of JHawk Farm is the Annual Pasture Poultry Conference in January. “It really helps to meet other people who do the same things you do,” she says. “If I have a problem and don’t know what to do, we have an online forum for members and get solutions from other growers.”

Garoleen and her husband also run a fiberglass making plant near their home in Smith Center, Kansas. It’s the main job that helps keep their pasture poultry operation running, even as JHawk Farm continues to grow. Overall, the work done in the winter makes it possible to have a healthy brood in the spring, summer and fall.

“I am with my chickens as I am with my puppies,” says Garoleen. “I want them to be the best they can be and I want to learn what I can do to help them succeed.” 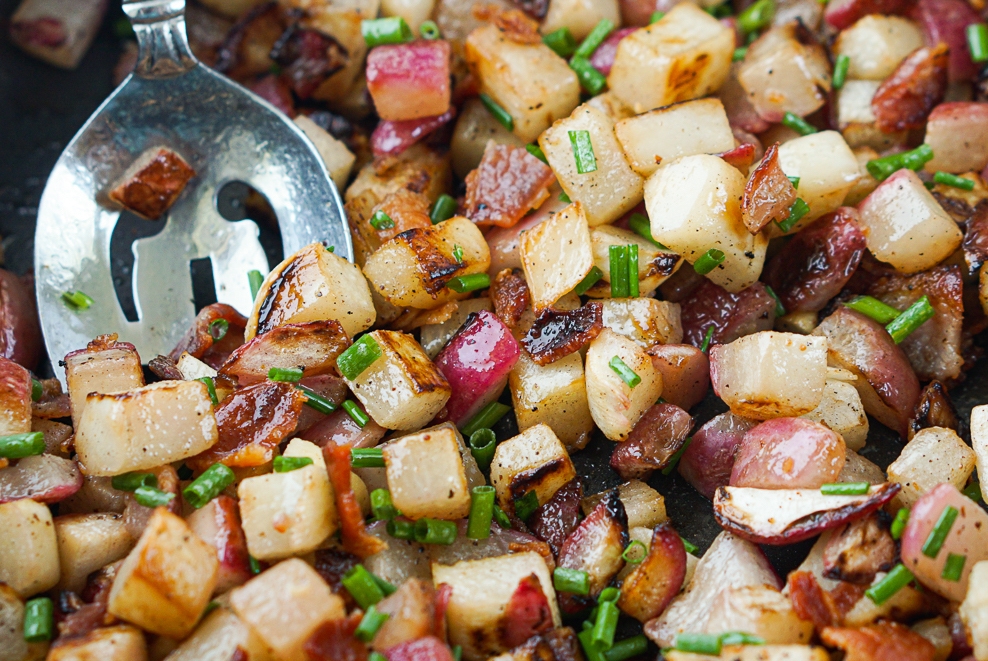 At the end of the poultry season those turnips have grown large and are buried deep underground. Garoleen let’s neighbors come and dig them up and the Wilsons eat a fair number themselves. “The best way that we like to cook them is with chunks of bacon,” she says. “It’s like fried potatoes, but I think it’s better.” Make this simple and hearty dish at home.

salt and pepper to taste

1. Fry the bacon chunks in a large pan big enough to cook the turnips in too.

2. Grate or chop the turnip into small chunks and add to pan of cooking bacon.

3. Season with salt and pepper and cook until turnips are tender.

4. Serve as is as a side dish or hearty breakfast bowl with a fried egg on top.